We cover everything you need to know about Nissan’s RB25DET six-cylinder engine. 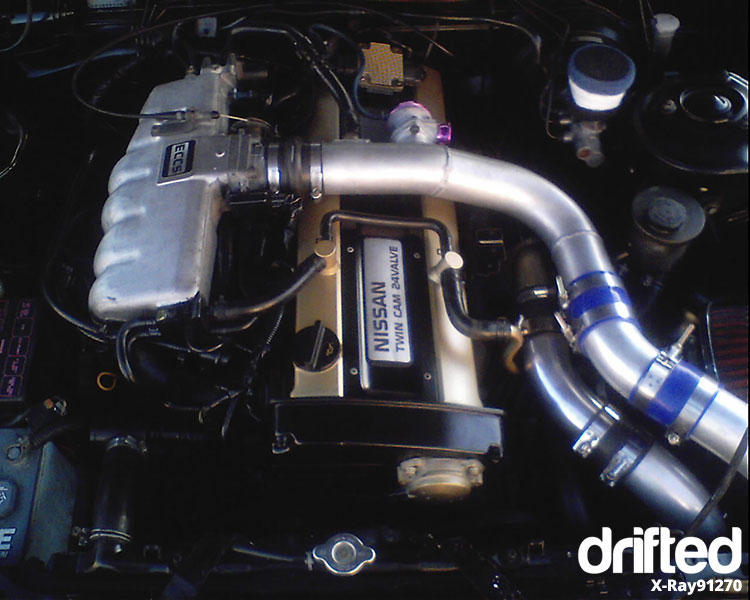 When most people debate about the best Nissan engines to ever come out of Japan, especially during the 90s, the Nissan RB engines are often name-dropped in the conversation.

Arguably, one of the most renowned power plants in the RB engine family is the RB25DET.

Even though it’s underrated when compared to the mighty RB26DETT, the Nissan’s RB25DET engine is a fine piece of engineering work; it’s very reliable, tuneable and sounds fantastic.

But let’s not get ahead of ourselves (we’ll get down to that in a minute), and first, understand everything about Nissan’s RB25DET engine.

Nissan’s RB25DET engine burst onto the scene in 1993 when it was used in the R33 Nissan Skyline GTST. It was introduced after Nissan ceased the production of its predecessor (the RB20DET) in the same year.

In contrast to the previous RB engine model, the RB25DET came with more torque and power at lower rpm; thanks to the upgraded Nissan Variable Cam System (NVCS) on the intake camshaft.

A few years later in 1995, Nissan made a few adjustments by including ignition coils with built-in ignitors on the electrical system and switched the aluminum wheel on the turbocharger with a ceramic turbine wheel. The new revised RB25DET engine was known as the series 2.

Sure, there were other minor changes such as a new airflow meter, cam angle sensor, ECU, and throttle position sensor but there wasn’t much of a big mechanical difference between series 1 and series 2 except the cam angle sensor’s shaft.

However, the major difference came when Nissan introduced the RB25DET NEO in 1998.

It packed 280hp and 268lb/ft torque straight from the factory; despite its low emission vehicle (LEV) engine status due to lower fuel consumption.

Beyond that, the RB25DET NEO included a revised intake manifold with a smaller runner diameter (45 mm) to improve the air velocity and low-end torque.

The NEO head replaced hydraulic lifters with solid lifters, and the camshafts were upgraded with a solenoid variable VCT; plus, the engine included a hotter 82 °C thermostat.

Truth be told, the NEO head that was introduced in 1998 is a slightly better engine with stronger internals than the original RB25DET that came out in 1993.

The only problem is the aftermarket parts for RB25DET NEO are very hard to find since they were available in the market for a short period.

Here is the engine code deciphered for you:

Another thing: The RB25DET is identical to the RB25DE with almost the same specifications except that RB25DET is factory turbocharged.

Which Cars Are Compatible with RB25DET Engine?

We’ve seen trucks such as the Nissan Patrol, Nissan Patrol, BMW E36, to a Volvo Wagon swapped with an RB25DET engine; albeit it can be complicated to pull it off.

Something like this Nissan Patrol swapped with an RB25DET engine would give you goosebumps on the road.

However, if we’re talking about cars that came with the RB25DET engine, we have:

Better yet, you can even put an RB25DET engine on a 240SX S13 chassis to improve its performance. If you want to know how it can be done, watch the video below.

Thinking about an engine swap? Our VR38DETT engine guide is perfect for you.

Note: Swapping the KA engine in 240SX is complicated. If you don’t have the expertise, it’s better to consult a qualified mechanic for the job.

We’ve not really gone into the specifics, but if you want to tune an RB25DET engine and take it to the next level, what should you do?

At this stage, the best you could aim for would be 300hp. Of course, you don’t need to upgrade the turbocharger at this phase.

Even though it could be a little bit tempting, we don’t advise going beyond 11.5 to 13 psi at this level since you will be using a stock turbocharger.

If you want to achieve at least 350hp, you will need to modify your engine with high-flow fuel injectors, ported and polished head, a high-performance exhaust system, and an induction kit.

On top of that, you need to think about upgrading your turbo, fuel pump, oil cooler, and oil pump.

What if you want to go all in and squeeze the RB25DET engine to 400hp and beyond? It’s possible, but it could be expensive.
To make it happen, you have to first upgrade the internal engine parts so that you can have bigger valves and ported cylinder heads.

Next, you have to modify the crank and piston to alter compression; plus, balance and blueprint the engine for a smoother and consistent performance.

Of course, you have to put in some serious aftermarket turbochargers at this stage.

The trick is to force as much air and fuel as possible into the RB25DET engine so that you can maximize horsepower. Hence, it begs the question; can you go full retard on an RB25DET engine and achieve 500hp?

Yes, you can do that but it requires a lot of work and sourcing a different range of aftermarket parts.

For instance, you could fit an RB26DETT head on an RB25 block and use quality stroker kits to improve the displacement to 2.8 or 2.9 L.

Then again, if it’s too expensive, why not go for a stock RB26DETT engine and tune it for maximum output?

Here is an interesting breakdown of an RB25DET engine with 550hp.

The RB25 engine has a solid reputation due to its durability and reliability. As long as you change the oil and service the engine without skipping the recommended intervals, it will run almost forever with no serious issues.

However, there are a few minor weak spots on the RB25DET engine that you should know:

We’ve seen modified RB25DET engines on 240SX with a lot of power to blow your socks off!

Not to mention, RB25DET engines are durable and reliable with no major mechanical issues and if you tune it to its full potential, you can achieve up to 500hp.