Ultimate SilEighty (Sil80) Guide – Everything You Need to Know

We get under the skin of this iconic Japanese masterpiece to get you everything you need to know about the Nissan SilEighty. 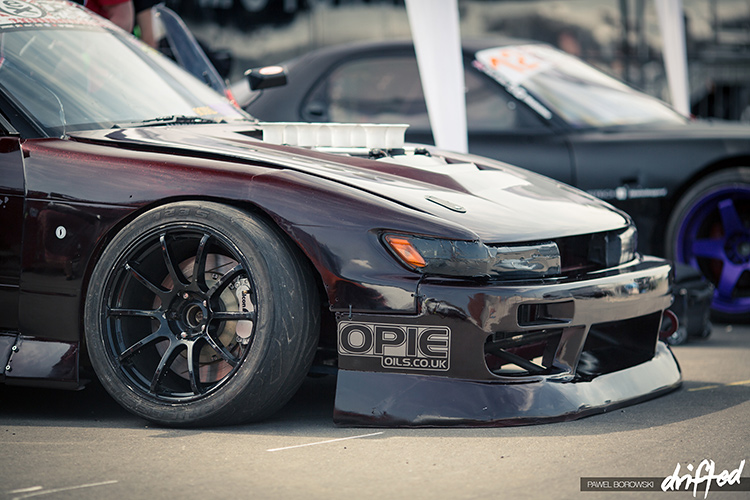 The Nissan SilEighty (aka Sil80) is a hybrid of the Nissan Silvia and the Nissan 180SX created in the late 1980s, early 1990s by street racers in Japan.

It got so popular that a Japanese car tuner, Kids-Heart started producing the “real” Nissan Sileighties in the late 1990s.

They produced 500 units of this limited-edition rear-wheel-drive sports coupe, which differ from their homemade Sil80s by the unique “Sileighty” name on the rear dress plate and quarter windows. 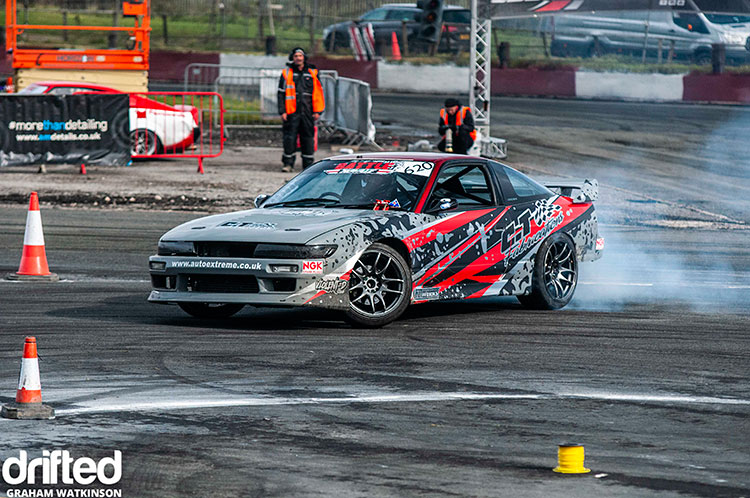 History and origins of the Sileighty

The Sileighty was a brainchild of Nissan 180SX owners who were indulged in street racing and drifting in Japan. Because it was costly to repair the damaged complex popup-headlight front end of their cars, they resorted to the simpler Nissan Silvia front end for headlights, front fenders, hood, and front bumper.

Compared to the 180sx replacement parts these Silvia parts were cheaper, lighter and more plentiful in supply.

This modified model inspired the Japanese auto tuner Kids-Heart to produce their own version of the Sileighty. Owned by Takayama San, the workshop contacted different Nissan dealerships and inquired them if they would like them to develop the Sileighty for Nissan.

The dealerships liked and approved the idea so Kids-Heart got the green light to produce 500 units of official Nissan Sil80s.

However, many other car aficionados have since copied this famous conversion. 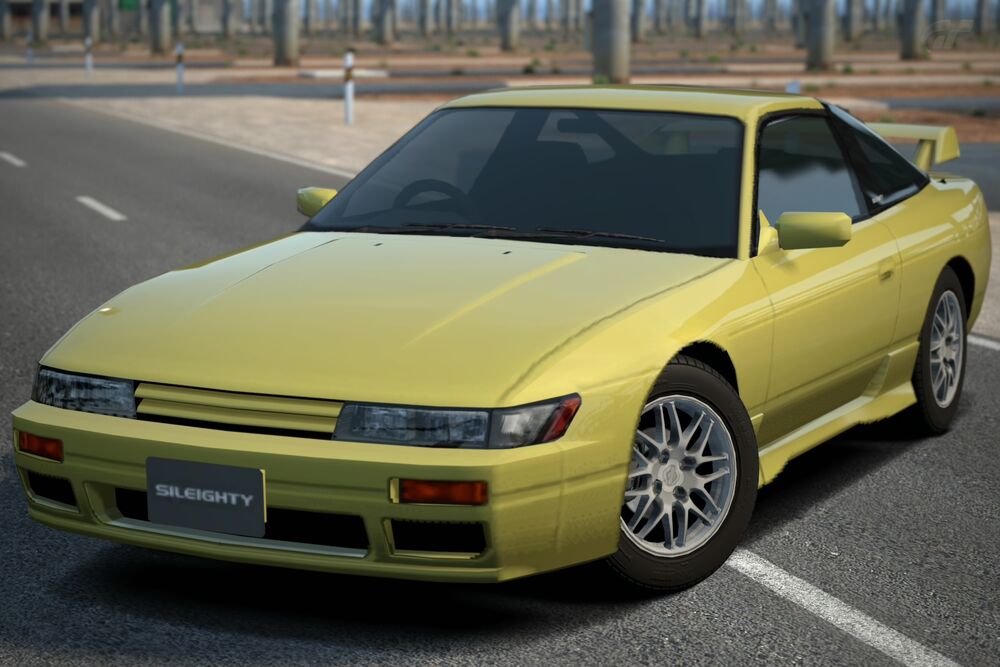 The Sil80 has been a part of anime and video game culture for many years. If you are a fan of Gran Turismo, you would have seen this car, which you can buy in the game or get it as a prize by completing specific missions.

Even in modern indie drift games like Drift Hunters (released 2017), an S13 in 240sx trim is a popular choice for gamers. 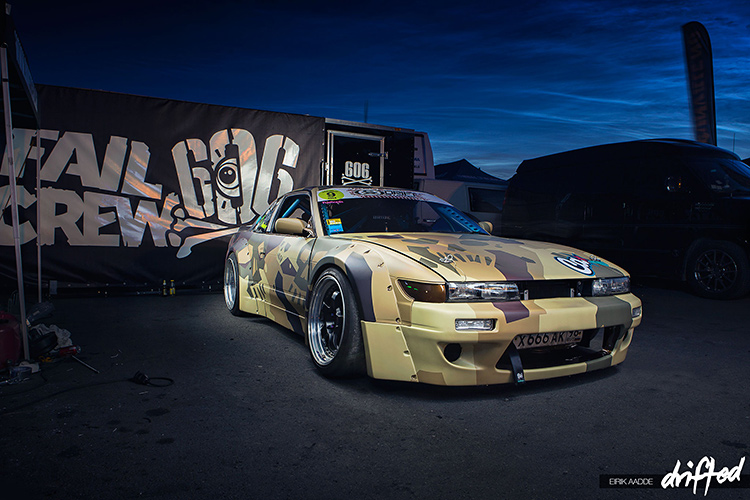 The Sil80 cars made by either Japanese car fans or Kids-Heart all are very similar looks-wise with the only difference of “Sileighty” tag on the rear dress plate and quarter windows.

However, the same isn’t true under the skin.

The initial Sil80 made by street racers came into being in the late 80s, but the ones created by the Japanese tuner were sold in 1998. These were not the only Sil80s that were available in the market because these cars continued to surface later on as well.

The question is what makes the Sil80 by Kids-Heart so much desirable. 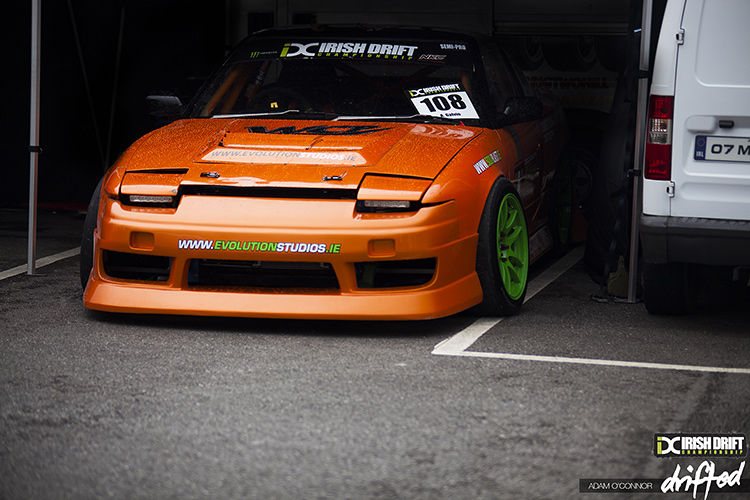 First off, they were made by a professional tuner, so the fit and finish on the bodywork and mechanical upgrades were of a much higher standard than the majority of other Sil80s made by racers/drifters. Zip ties were not standard…

The tuner added a new ECU, an uprated suspension system, an enhanced LSD, and increased the power output of Garrett T25G turbocharger from 7 psi (0.5 bar) to around 13 psi (0.9 bar).

The engine was mated to either a 5-speed manual or 4-speed auto transmission, enabling it to hit 100 km/h from standstill in only 6.0 seconds. The top speed was limited to 180 km/h. 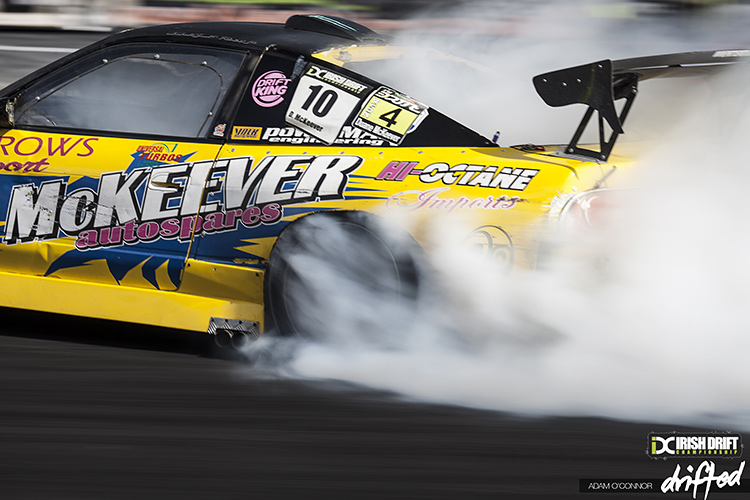 Japan wasn’t the only country that saw a surge in popularity of Sileighties. Americans too went crazy about it. The conversions in the U.S. were mostly done by the owners of the Nissan 240SX – the North American version of the Nissan 180SX.

They used to import the Silvia front ends from Japan and merge it with the 240SXs. Some people named this 240SX/Silvia conversion as “Silforty”, others liked to call it a “Sileighty”. 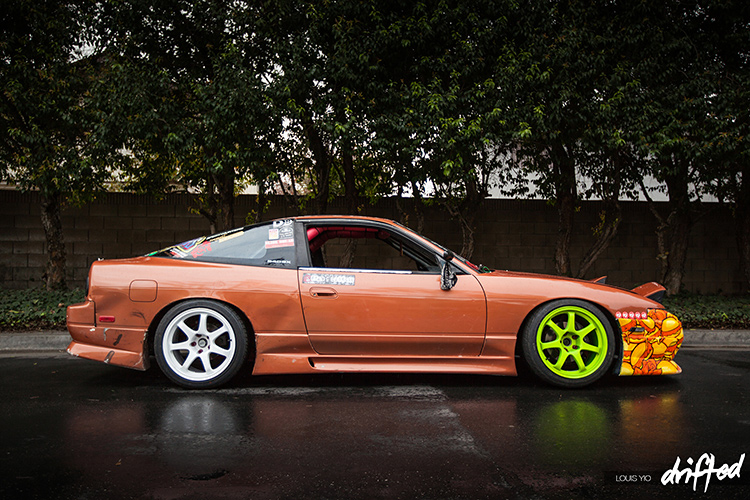 The 240SX fastback and 180SX are of similar sizes, so it essentially looks like a Sileighty. Owners of the S13 240SX coupes and convertibles were also keen to make these modifications but their creations were known as JDM Silvia Conversion. 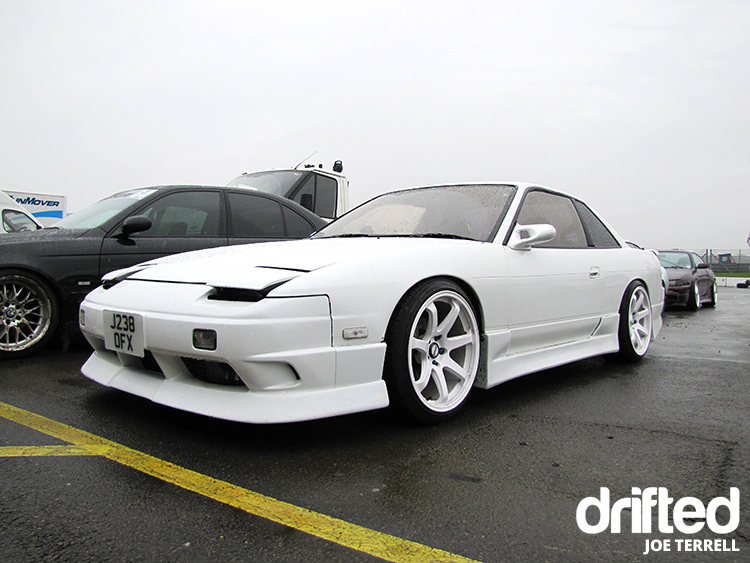 Do not mix it up with the S13 240SX coupe manufactured by Nissan itself. These both do look similar but “Onevia” is a hybrid while Nissan’s creation is an independent model.

There are other popular Nissan S-chassis conversions in America, as well. 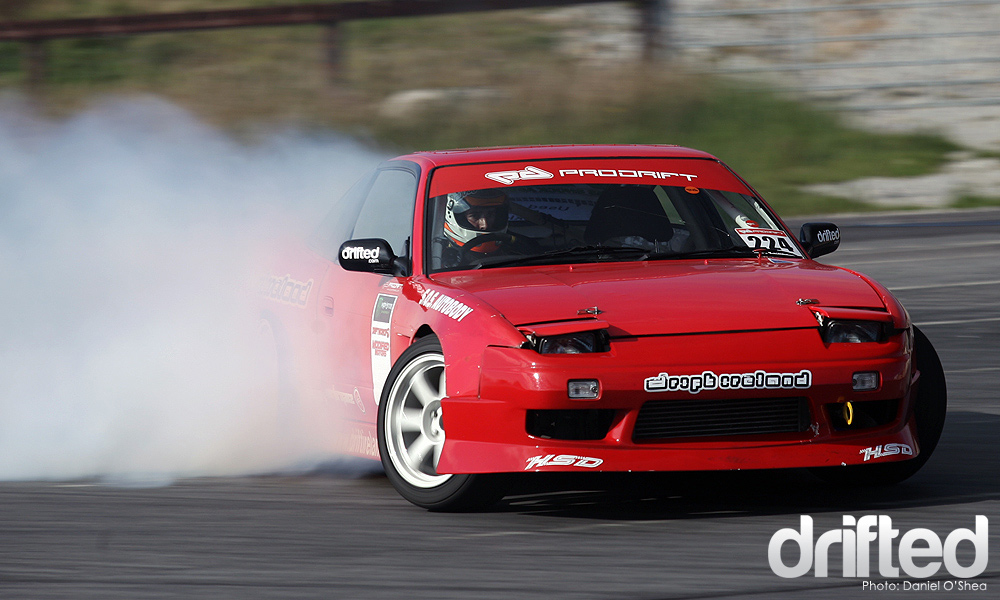 People using the S15 Silvia on the front and the 180SX on the rear called their creation “Sil-Fifteen Eighty” or “S15.5.”, where ‘.5’ means the front-end modification.

You should also know that the S15 front-end conversion is also known as the “strawberry face conversion” for a specific reason. 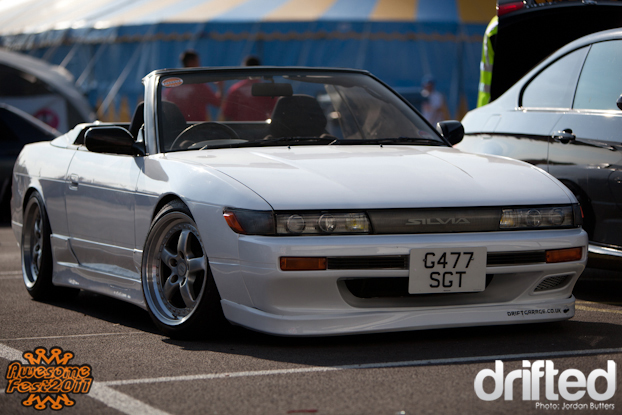 Japanese words 1 and 5 denote ‘ichi’ and ‘go’ respectively. When combined, the word “Ichigo” means ‘strawberry’ in English. Therefore, all the modifications made on the Nissan S platform cars where the S15 was used on the front are known as “strawberry face conversions”. 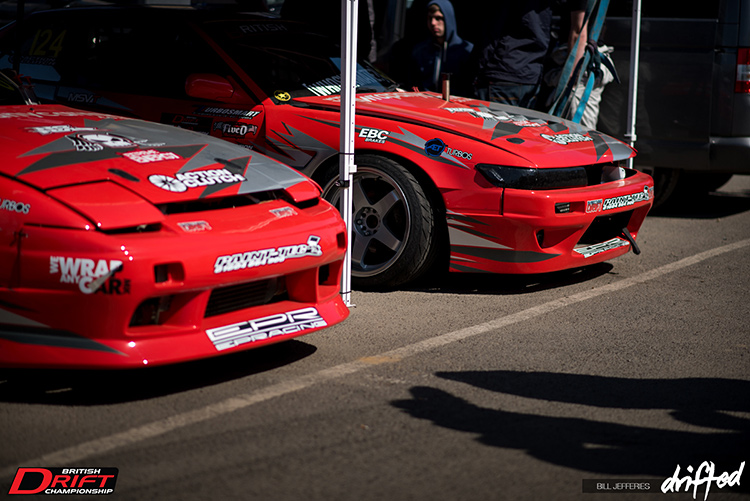 As the Sil80 is a combination of Nissan’s two popular cars – Silvia and 180SX – you must know about these cars to understand this popular conversion. 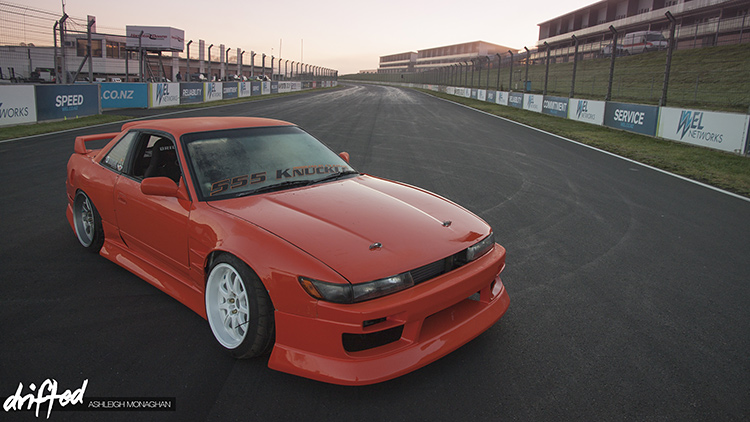 Starting with the Silvia, it is a famous sports coupe, which hit the roads in Japan in 1965. Based on the Nissan S platform, the initial model ‘Silvia CSP311’ only lasted for four years. Nissan resumed production again in 1975 and called it the ‘Silvia S10’ for Japan and ‘Datsun 200SX’ for North American.

The Japanese version came with 1.8L inline-4 engine while the American version had a more powerful 2.0L inline-4. After the S10, Nissan introduced the S12, the S13, the S14, and the S15 models of Silvia. 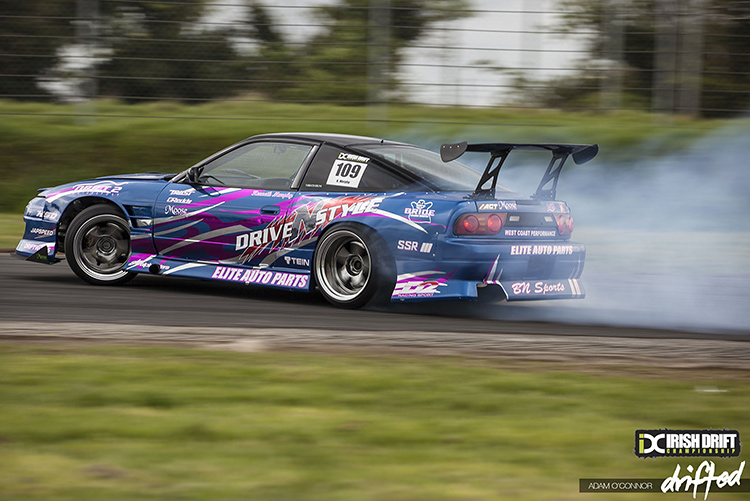 Produced between 1988 and 1998, the Nissan 180SX is a fastback built on Nissan S platform. Outside Japan, it was sold under different names.

In Europe, it was called Nissan 200SX while in America it was named Nissan 240SX mated to a single overhead cam KA24E motor.

The later models came with dual-overhead-cam KA24DE motor. The Sileighty made by Kids-heart used two engines; the turbocharged SR20DET and the naturally aspirated SR20DE, although the first generation 180SX came with CA18DET engine producing 175 hp.

The engines were mated to either a 5-speed manual or a 4-speed automatic transmission. 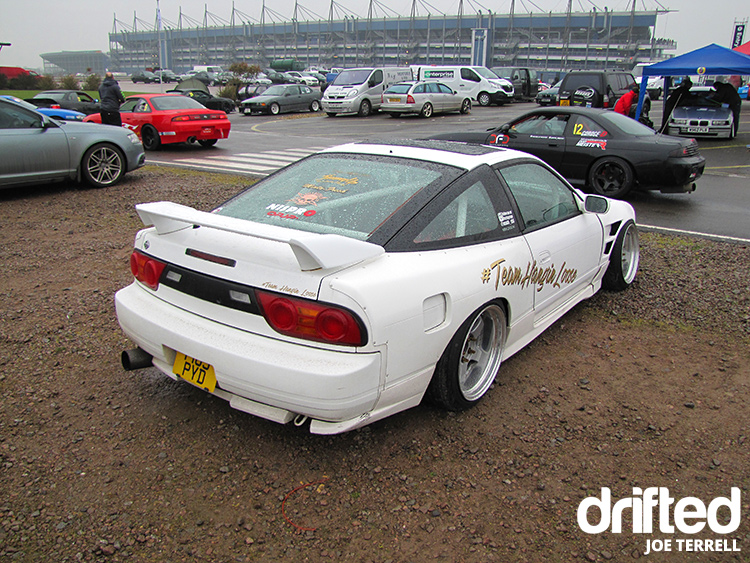 The ultimate 180sx were the run-out “Kouki” (meaning “late model”) editions, which featured a highly desirable full aero kit, special wheels, upgraded interior and a blacktop SR20DET that was a tuner’s dream.

These cars are now rapidly rising in value, following the trend of other desirable JDM cars like the Nissan Skyline R34 and Toyota Supra JZA80.

If you would like to learn more about the differences between the 180sx and the 240sx then check out our 180sx Vs 240sx guide.