Nissan VR38DETT – How Good Is It Really?

When it comes to performance, you won’t find a lot of engines that can withstand so much horsepower like the VR38DETT without breaking down. 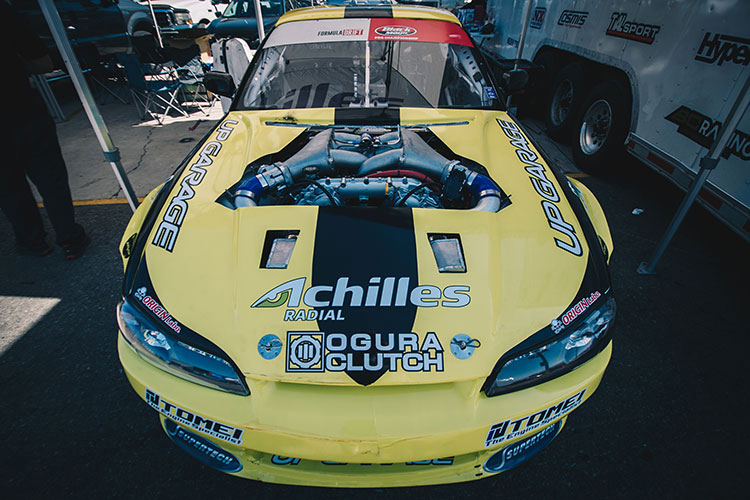 It’s simply a masterpiece that can grab most people’s attention on the race track, and blow your breath away.

In this article, we’re going to dissect everything you need to know about the VR38DETT engine. Let’s get started, shall we?

How is it Made?

At Nissan’s Yokohama plant in Japan, a group of four specially trained engineers known as “Takumi Craftsmans” have hand-built more than 35,000 VR38DETT engines since 2007. It’s almost unbelievable when you think about it, but that’s what it takes to create such a masterpiece.

According to the chief mechanic, Takumi Kurosawa, each VR38DETT engine is hand-crafted because some small details can be missed out by the machines. For an engine that can reach 196 miles per hour (equivalent to 315 kmh) on racing circuits, you wouldn’t want to take the chance, would you?

To start with, the mechanics calculate the gaps in the microns when installing the crankshaft and if anything is amiss, they would notice it immediately. Next, they carefully insert the pistons and perform a quality check by listening to the sound the pistons make when hammered.

Beyond that, the engine is topped up with oil and revved to 3,000 RPM for another quality check procedure. Here is the interesting part; a Takumi mechanic gently places his hand on top of the engine to feel the vibrations and evaluate it.

Otherwise, there is no room for error when it comes to engine precision especially on the valve clearance. Any variance of 10 microns is not acceptable by the mechanics since it would disrupt the engine performance.

In the end, what comes out of Nissan’s Yokohama plant is one of the best high-performance engines in existence.

Here is a video showing you how it’s made behind the scenes:

The VR38DETT engine was first introduced to the world when it was used in the Nissan GT-R aka Godzilla back in 2007, and soon found its way into the top drift games on the market. It was also fitted in the Nissan Juke-R but only 23 models were produced.

Quite remarkable, the VR38DETT is a 3.8L twin-turbocharged V6 gasoline engine with a dual overhead camshaft and a variable valve timing aligned on the intake side only. The engine block is made out of cast aluminum and the cylinder liner bores are plasma sprayed to hard protect the piston rings.

For such a tall engine, it weighs 276 kg or 608 lbs, which is just about right considering the insane power it can handle (we’ll get down to that in a minute). Remember, most of its weight comes from the turbochargers and iron manifold, but Nissan has tried to cut the weight by integrating the turbochargers into the exhaust manifold.

Some of its noteworthy features include:

However, the biggest change came in 2012 when Nissan improved the intake and used a larger bore exhaust to achieve 530 hp. The engineers at Nissan later included a tweaked ECU, uprated fuel injectors, and an improved blow-off valve to reach 545 hp.

Better yet, the exhaust system was redesigned and the boost was raised to 13.5 psi to deliver the 565 hp in current GTR models. But if you think that’s not enough, you can go for the 600 hp VR38DETT engine fitted on Nissan GT-R Nismo.

On the power spectrum, the VR30DDTT can deliver 300 hp and 400 hp (hi-output version) on stock internals.

Sure, the VR30DDTT comes with an aluminum cylinder head, dual overhead camshafts, variable valve timing control, and twin turbos that are integrated into the exhaust manifold just like the VR38DETT; but it can’t outmatch the VR38DETT when it comes to power output. It’s not even close!

However, the VR30DDTT is cheaper to buy and modify compared to the VR38DETT. So if you have a tight budget and you can’t afford a VR38DETT for a swap, the VR30DDT is the closest option that is available. Actually, the VR30DDTT is one of those underrated engines but when properly tuned, it’s capable of up to 800 hp.

Here is a cool video of a tuned Infiniti Q50 with VR30DDTT racing against a Nissan GTR R35 with a stock VR38DETT engine:

Believe it or not, we’ve seen VR38DETT engines that have been tuned into beasts that can deliver up to 2000 hp and run on 40 to 50 psi boost. That is insane if you think about it. In fact, VR38DETT engines are one of the few power plants that can withstand that much power without breaking down.

How do they do it? Usually, the drag racers who boost the VR38DETT engines to extreme horsepower rebuild those engines on stronger forged internals. That way, you improve the tolerance level of the engine so it can withstand more pressure.

But if you’re the average Joe, and you want to unlock extra horsepower for better performance, you can have a few tricks up your sleeve.

Here are some of the things that you need to work on:

Before you begin, remember how much horsepower you gain depends on the year model of the VR38 engine. Also, the power gain will be contingent on the parts and condition of your engine.

Anyway, if your objective is to gain an extra 50 hp to 80 hp, you can start by adding an aggressive ECU that will boost the performance. Next, you should consider updating the engine with a sports exhaust manifold, intake headers, fast road camshaft, panel air filters, and a smoothed gearbox.

If you do it right, you should comfortably hit 560 hp to 600 hp at this stage; if your VR38DETT engine was built before 2012. Of course, if the VR38 engine came with more power from the factory (like the Nissan GT-R Nismo version with 600 hp), you should be looking at more significant gains.

If you want to turn the volume a notch higher, you can include a few modifications like high flow fuel injectors, high-quality fuel pumps, fast road cam, sports catalyst & performance exhaust, polished and ported head.

On earlier versions of VR38 engines, we’re talking at least 650 horsepower at this stage. On top of that, you can use race fuel and take it further; possibly 700 hp to 720 hp.

For those who want to go full retard and beyond 800 horsepower, you will need to change the stock turbochargers. We recommend the HKS GT800 turbo kit to handle all that power. In addition to that, you ought to use big intercoolers, performance cams, H-beam rods, and forged pistons.

Not to forget, you will probably need to balance the engine at some point.

There is just one problem though; it can be damn expensive! Then again, if you want to feel all that power, it’s addictive and totally worth it.

At this stage, a VR38DET engine will sound like it was tuned by God Himself when you want to brag. It’s usually not too loud and not too low.

Here is a compilation video of Nissan GT-R and VR38DETT engine turbo sounds.

Which Cars Are Compatible with VR38DETT Engine?

Of course, we’ve seen the VR38DETT engine on the Nissan GT-R and Nissan Juke-R.

Here is a cool video of a Nissan Silvia S15 with a VR38DETT Engine.

Just when you think you’ve seen it all, there is a Toyota Hiace with a Nissan GTR engine.

Talking about engine replacement, you can swap your 240SX engine with a VR38DETT engine; although it can be an expensive and complicated procedure.

For those who are curious about the nitty-gritty, here is the close-up measurement of the VR38DETT engine on all sides:

After you’ve fixed everything including the wiring system and re-installed the hood, the end result should look something like this:

Don’t forget, you will need to install a hood vent in your 240SX to give the VR38 engine more room to breathe and improve its performance.

Check out this 240SX powered by a tuned VR38DETT engine.

Here is another cool video of a 1000 HP VR38DETT engine swapped on an S13 chassis.

So far, the reports seem to indicate that the VR38DETT is a reliable engine with no major design flaws. Not to mention, we’ve encountered plenty of stock VR38 engines with over 100,000 km on the odometer and they’re still running strong.

According to Nissan, the VR38DETT engine is capable of 200,000 to 220,000 km with no serious mechanical issues as long as it’s well maintained and serviced. However, we wouldn’t be surprised if it does better than that.

But if we have to take a closer look, it would be misleading if we said the VR38 engine is not prone to miscellaneous engine problems. For instance, most VR38 power plants increase their oil consumption after running for more than 100,000 km. Also, sometimes cracks appear on the cylinder head but that’s an issue that can be easily fixed by a specialist.

Q. How much horsepower can an upgraded VR38DETT have?

We’re not kidding, the current record for the most powerful GTR with a VR38DETT engine is 3500 hp! The car is so fast, it needs a parachute to slow down during a test run. Don’t believe it? See it for yourself.

Q. What does VR38DETT mean?

Like they say, “there is no replacement for displacement”.

In a nutshell, the VR38DETT is one of the best performance engines ever built by Nissan. We dare say, a VR38DETT engine tuned to its full potential can blow most high-end engines out of the water on a drag race.

Better yet, you can swap it on an S13 chassis and become the king of the drift scene. The real question is, can you handle all that power?….. Or will you chicken out?

For even more informatio on Nissan’s mighty VR38, then check out Drifted’s guide.