Using A Police Scanner In Your S13

Want to make your S13 cooler but maxed out on all the options you have? There is one more to consider: you can install an awesome police scanner in your car.

While these may be deemed pretty old school on a home setting, the opposite can be said when your vehicle comes with one. It can even earn you some desired street cred. Not sure how it works? Well, not to worry, we’ll cover the basics, and then jump to our recommendations for the S13.

What is a police scanner?

Police scanners, which also go by the name of radio scanners or simply scanners, pick up signals that are being transmitted by these walkie-talkies, or two-way radios in general. That means that you can eavesdrop into conversations that travel through these short transmissions.

And yes, the channels you can peruse are not limited to conversations between police officers. There are thousands — enough for some to make it a full-blown hobby and even form communities of police scanner users.

How will these matter to my S13?

A police scanner is not a necessity but it is a useful piece of electronics to add to your car. It alerts you to locations of accidents and therefore routes to avoid, as well as positions of troopers and police traps so that you can drive speed ticket-free. We all know how hefty these could be when you are not careful, and also hard to contest at that. A radar detector can do these, but would not let you hear actual conversations.

But really, wouldn’t it be cool to just hear police, firefighters and others talk right in your car? 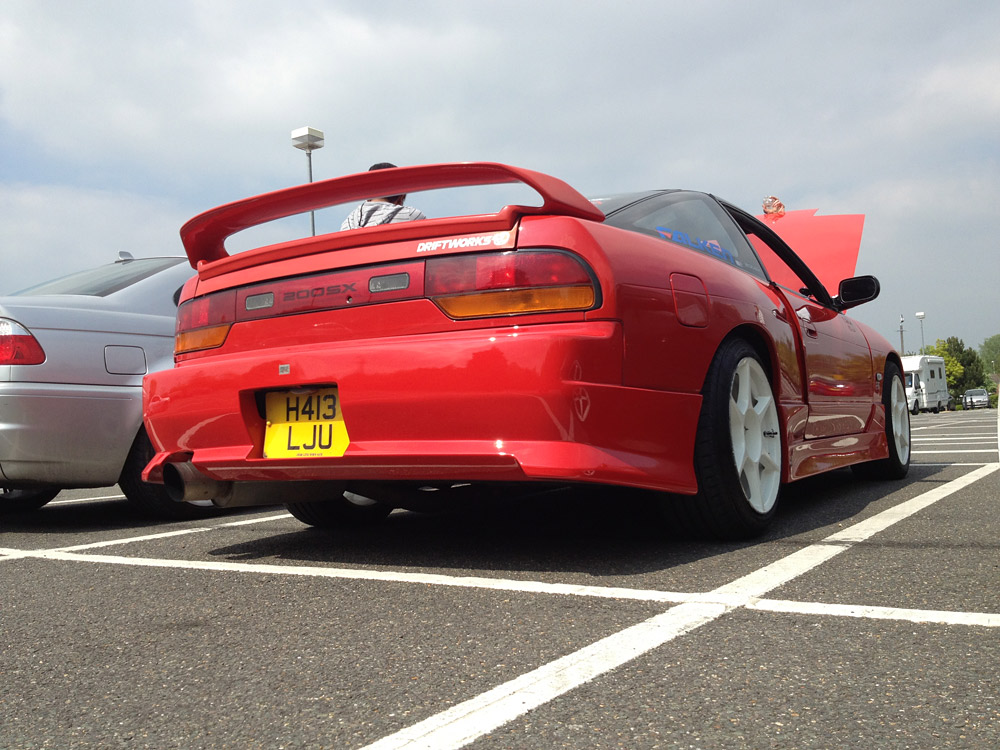 Can I use police scanner apps?

Not everyone invests in a radio device. For some, all it takes is a handy mobile device. The best police scanner applications on your smartphone allow you to go through interesting and different feeds that are often available over the Internet. There are free options, and then some that have premium subscriptions. Apple users can download Broadcastify among many other options, while Android users can check out Radio Scanner.

How much would a police scanner for your S13 cost? What are my options?

Expense depends on the model. You can purchase a “starter” scanner for at $100 or so, although some models can go as high as $500. There is a police scanner for every budget though — and it’s up to you to decide what meets your needs best.

Whistler is one of the known manufacturers to produce good police scanners. Among their lauded models include the Whistler TRX 1 and Whistler WS1040, which will you set you back at about $500 and $250, respectively. The former comes with scan sets, weather alerts and a crisp sound, although not programmed with a beginner in mind. Meanwhile, the latter boasts of an extensive frequency range and digital data cloning despite being half of the cost of the TRX 1.

Another company to know is Uniden. Some of its well-received models are Uniden Bearcat and Uniden BCD436HP. The former can be bought for a little over $100 and still benefit from access to 40,000 frequencies, alpha tagging and weather alerts. The Uniden BCD436HP costs more than $500, but you can take advantage of quick replay, Close RF Capture and GPS.

There are some nuances, but the short answer is yes, use of police scanners and police scanner apps are legal. Listening in on transmissions are allowable as this is protected by the 1934 Communications Act which considers the airwaves as public properties as well as the Freedom of Information Act which deems conversations exchanged over these frequencies to be of public interest. Agencies will use other means that come with encryptions for more sensitive information.

However, not all states allow its use when driving. For those who will find themselves in the states of Florida, Minnesota, Indiana, New York and Kentucky, some restrictions apply that would require you to apply for a license. Possession of police scanners will also be grounds for incarceration if it is used while committing a crime. It depends on the area, so it is best to check with local laws.