Here in the United Kingdom the version of Nissan’s S13 chassis that we received was called the 200sx. Our domestic 200sx was equipped from the factory with the CA18det turbo engine and (for most models) a five speed manual gearbox. Designed from the factory back in 1989 as a competent, modern tourer, the 200sx is still fulfilling many different roles today thanks to dedicated enthusiast owners like Brandon Sharp. 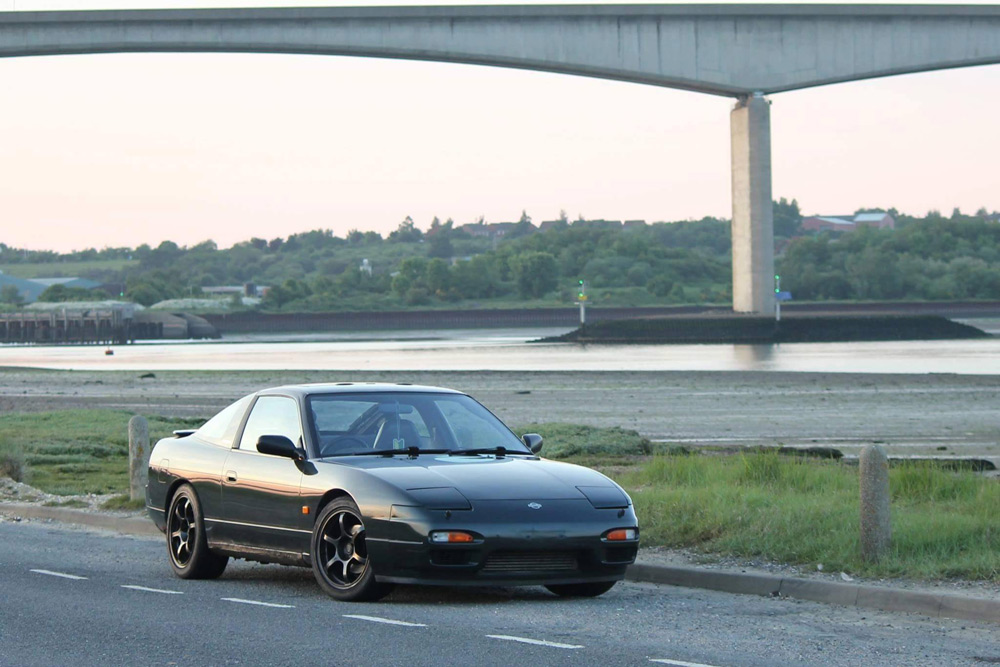 Brandon bought his car in early 2015 and has built it up to be a rapid and reliable sports car. Brandon’s car is 1994 model year car which means it was one of the last Nissan S13’s that Nissan sold in the United Kingdom before they released the S14 chassis (also named the 200sx) around 1995.

The car has been upgraded with performance parts under the bonnet and under the bodywork to raise the performance envelope and to increase reliability – something that is arguably more important as these cars are quickly becoming classic cars, with rising values to match. 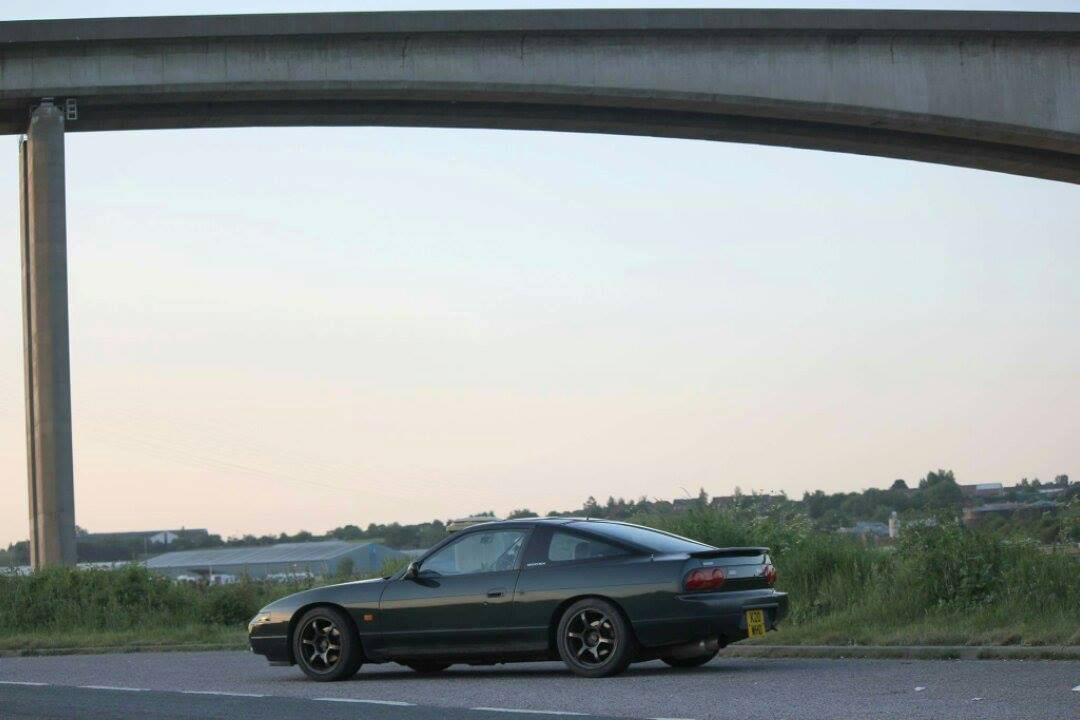 With the increased performance Brandon decided to fit a set of Apex Performance coilovers to the car, improving stability and comfort in the ride whilst removing most of the ‘sloppiness’ from the handling when pushing on. The coilovers are fully adjustable and he lowered the ride height to a sportier level. To replace the dated 15″ OEM rims he opted for a set of 17″ ROTA Boosts.

Inside the car things are pretty much stock barring a custom (half cage) rollcage that Brandon designed and built himself.

Outside the car the bodywork is how Nissan intended it barring a front number plate delete and a rear light conversion from a late model 180sx Type X. The coachwork is painted from factory in the rare Dark Green metallic (#DH0).

Building upon the solid Nissan 200sx base Brandon has updated, upgraded and tweaked the whole car to make it fit what he needs it to be. The result is a fast and capable car that would humble more modern machinery while being comfy enough to use as a daily.

I love the S13 for being this ‘any size fits all’ platform; with enough effort and money you can create satisfying and reliable daily drivers, drift cars and track spec race cars all from the same platform. I think it is for this reason that enthusiasm for Nissan’s S13 is not waning and why we will have many more years to enjoy discovering cars like Brandon’s Dark Green example.

Thanks for the sharing your ride Brandon, your 180sx Club stickers are on the way.

Do you like what Brandon has done with his Nissan S13? If you do please leave a comment below and let us know!

If you would like to get your hands on a very cool scale model of an RS13 much like Brandon’s car then hit the Amazon link to the left and tempt yourself!