We dive deep on the Nissan S13’s that are in popular culture, specifically focusing on Koichiro Iketani of Initial D fame. 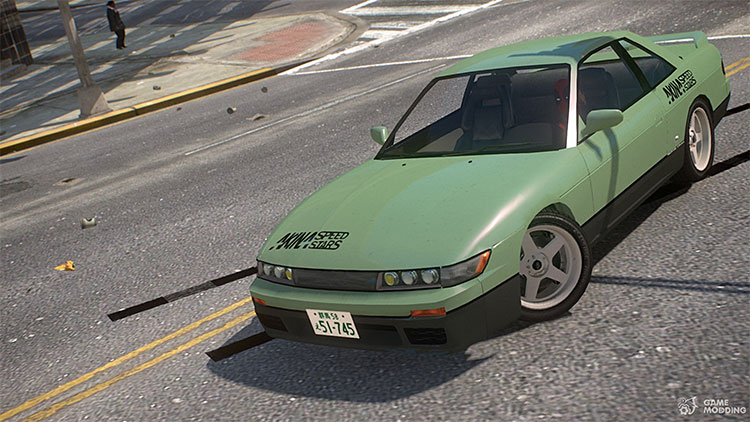 As we are all probably aware, Japan gave birth to the sport of drifting, with legends like Kunimitsu Takahashi creating the most iconic techniques back in the 1970s.

It’s rather fitting, then, that Japan should also be the birthplace of one of the most recognizable and successful anime TV series of all time, Initial D.

Why are we dedicating a piece to Initial D here at the 180SX club? Well, firstly the show no doubt piques the interest of many of our readers since the central theme and setting of the main plotlines surrounds drifting.

In addition, however, the show also prominently features one driver whose Nissan Silvia S13 brings that extra bit of joy to our viewers.

Initial D – From Page to Screen

The anime TV series first aired in 1998, but it began life as a Manga (Anime) comic book series a little earlier than that in 1995.

The Manga comics enjoyed a very long and successful run until 2013, and the TV series, too, ran until 2014 before being made into a short series of movies between 2014 and 2016.

There was even a live-action version made in 2005.

The show follows the story of the 18-year-old Fujiwara Takumi, the delivery boy son of a humble tofu shop owner. Through making deliveries while working for his father, Takumi develops an uncanny driving skill while driving his father’s 1983 Toyota Sprinter Trueno GT Apex AE86.

Learning of these skills encourages friends of his to introduce him to the thrilling (but illegal) local sport of Touge racing through the local mountain passes.

The TV series was divided into multiple “stages”, each of which is akin to a season. They appeared in the following sequence: 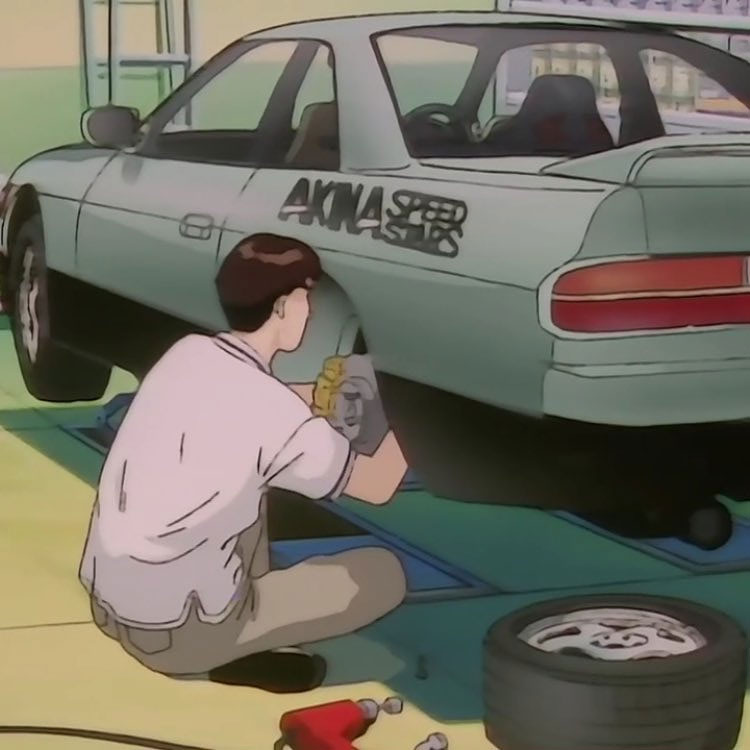 As fun as it is to behold the exploits of young Takumi as he makes the journey from humble former tofu delivery boy to notorious prodigy street racer, we are more interested in one of the other characters.

Koichiro Iketani, also known as “Cole” in the dubbed English version, works at a local gas station along with Takumi (who they call Tak) and another mutual friend, Itsuki Takeuchi (Iggy). 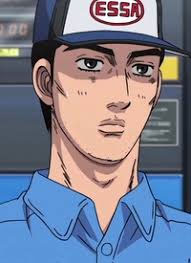 Well, in short, it’s because of his car that he drives as leader of one of the local street racing teams, the Akina Speedstars. That car is, of course, a Nissan Silvia K’s (S13).

Iketani-san leads his team as they spend their free time racing on their home course, Akina. In the early “stages,” Iketani appears in almost every episode, but his role does seem to taper somewhat in the later stages of the series.

To a JDM and 180sx enthusiast, there can be no other character in the show who should garner more of our attention than Iketani, who clearly has both the best taste and the greatest confidence in his own ability.

As we all know, the S13 is the car of choice for the switched-on drifter.
Beginners are more likely to opt for the S14 (a car that Iketani is not keen on at all), which is more conducive to those learning and mastering the techniques. 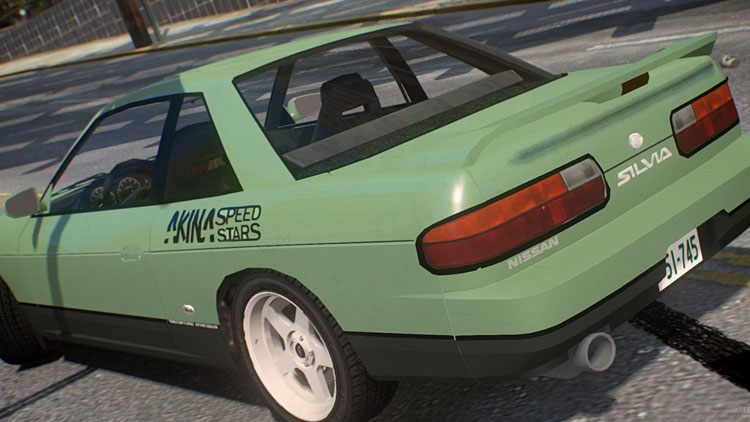 Let’s start with a few essential details of the car that would help us to confirm its identity in the show (that is if the iconic S13 chassis and bodywork don’t give it away already).

Iketani is fiercely (and rightly) proud of his Silvia S13, and refuses to even contemplate the notion of driving anything else. Interestingly, his love of Nissan doesn’t stretch any further, since he also holds both the S14 and S15 in some disregard.

Let’s first remind ourselves of what exactly a typical S13 comes loaded with, as well as its dimensions.

It drives on a 5-speed manual gearbox, and Iketani is the only driver in the series known to drive this car.

Iketani’s S13 comes with a number of custom parts that help him to fly when he’s “battling” his opponents in Akina.

Iketani’s S13 packs greater power than the typical build, delivering a much more impressive 200bhp over the typical 175bhp.

What’s more, the aero body kit (always a fan favorite) gives it that irresistible racing dynamism, even if you hate the two-tone pea-soup green in which the car appears. The retro NISMO LM GT1 wheels with their flat spokes and three-piece design are also a legendary feature.

Finally, the BRIDE seat showed that Iketani, like his fellow racers, meant business (but with safety). BRIDE seats are known, of course, for their unique design which is made to keep drivers in place as the maneuver through the tight corners of the drifting course like those in the Akina mountain passes in Initial D. 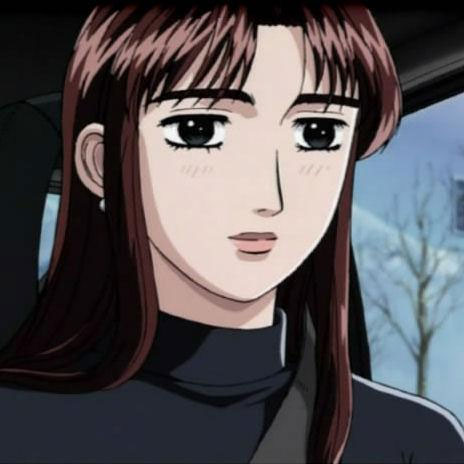 It’s hard to believe that with such an iconic car and decent driving skill that poor Iketani is never able to successfully woo the apparent love his life, Mako.

We get some closure on that whole chapter in Initial D: Extra Stage 2. It seems that Iketani’s trouble is that he happens not be the main “hero” of Initial D, typically being overshadowed by the prodigious abilities of his friend Takumi.

While the “star” of Initial D is nearly always Takumi, we do get to see action from Iketani and his S13. In the earliest episodes, Iketani is introducing Takumi to his team and to the thrilling world of speed racing on the Akina circuit.

The first and only dedicated “battle” is we get to see with Iketani and his customized S13 is an impromptu one shown in the 11th episode of Initial D: First Stage, which first aired in 1998.

The episode, entitled “Shingo Arrives!” depicts a night in which Iketani takes a drive out in his beloved S13 to practice a new technique he has picked up from Takumi, only to be ambushed by the very sinister Shingo.

Shingo is a member of a rival team, the Night Kids, and is infamous for his dirty tactics and his car, a red EG-6.

During the impromptu battle, Itekani’s Nissan S13 is bumped from behind. Our friend Iketani knows that this was no accident, and so he takes immediate evasive maneuvers to try and lose Shingo.

Unfortunately, the underhand tactics of Shingo win the day and poor Iketani is sent flying into a 360-degree spin, only to be then ridiculed by Shingo.

Of course, it’s easy to mock when you haven’t been racing with honor!

Iketani is also known in the show for his particular skills with his S13, namely:

In some ways, Iketani’s story in the show is quite like that of the S13. While the S13 is an iconic drifting car, and is held in high esteem by the more experienced aficionados of the sport, it is perhaps under-appreciated by some, who see it merely as the older member of the S-Chassis family.

Similarly, Iketani is somewhat underappreciated in the group, even though he is captain of his own team.

Having such an iconic car and being captain of a team were never enough to win over his beloved Mako, nor were they enough to propel him into any kind of wealth or success in the future.

By very late in the series, we discover that Iketani is unmarried, balding and still working at the gas station.

At least he never lost his passion for cars!

The debate between the S13 and S14 has gone on for a long time, whether it’s about the Silvia, or the 180SX, 200SX or 240SX, these cars seem to have a unique ability to spark lively debate. 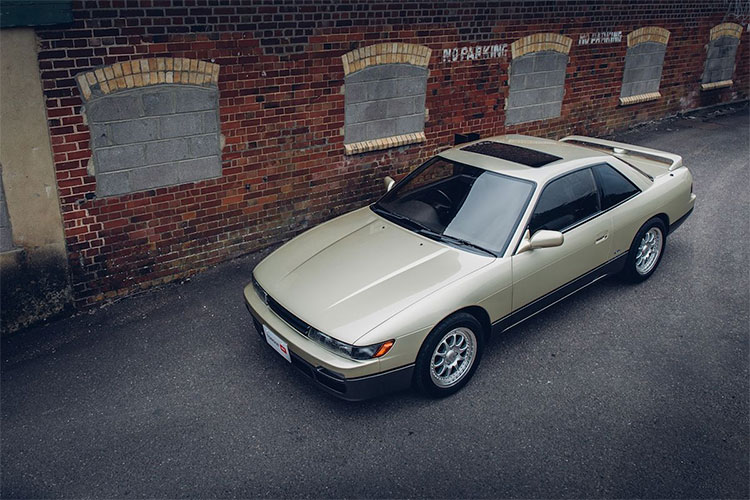 The Manga and TV series also helped to inspire a slew of video games which have been developed and played well into the present day. The first game was Initial D Gaiden (1998) on the Game Boy.

The latest installation was the Initial D Arcade Stage Zero arcade game which emerged in 2017. The arcade game series are arguably the most successful commercially, and give players the chance to feel more like they are driving the cars themselves, which adds to the experience.

There was also a live-action film released in June, 2005, which outrageously was made without including Iketani as a character. His role as leader of the Akina Speedstars is somewhat usurped by Itsuki Takeuchi.

Takumi is played by uber-famous Taiwanese pop idol Jay Chou. The movie was not well received by critics, and an elusive sequel remains in the rumor mill to this day. 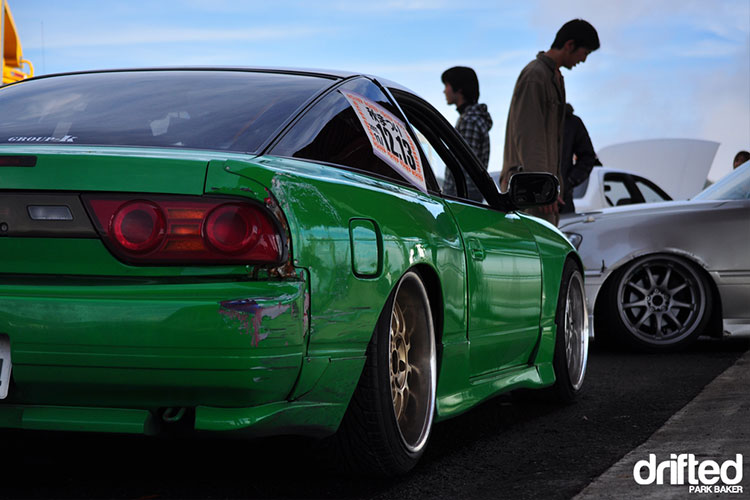 The TV series Initial D should be credited not only for its unique storytelling and thrilling car-based capers, but also for its promotion of JDM cars.

The show has inspired and continues to inspire a generation of enthusiasts and drifters, who have come to love all things JDM.

Iketani and his friends help us to understand that drifting and love for our JDM car is not restricted merely to professional “born-and-bred” racers.

It is a world open to even the humblest participants, whether it be former tofu delivery drivers, or lowly gas station grease monkeys.

Iketani showed us that even the average amongst us could live and enjoy the sport and the car.

Furthermore, Iketani has been something of an ambassador specifically for the Nissan Silvia S13. The car has its own band of loyal followers who swear by its power, sporty and agile handing, as well as its iconic good looks.

We love Iketani because, like us, he sticks up for his car, even when jerks like Shingo run it off the road and then mock it. The S13 is a car for the honorable and skilled driver, which is embodied in Koichiro Iketani.

Koichiro Iketani – the Greatest Ambassador for the Nissan S13?

It does say a lot about the S13 that the creators of Initial D decided to feature it so prominently. More importantly, they placed the S13 in the hands of one of the show’s most lovable protagonists.

While Iketani isn’t the greatest driver in the bunch, and isn’t the main star of the show, the car being in his hands clearly paints it in a positive light, as does his fiercely pro-S13 attitude throughout the series.

We can fairly speculate that the creators of the story held the S13 in some esteem and affection, otherwise they may have put it into the hands of one of the bad guys, perhaps the sinister Shingo himself!

On the other hand, perhaps we are wrong, and the cars were just assigned according to random lottery. Given the way the S13 matters so much and connects so deeply to Iketani’s character, however, we are inclined to believe that the choice was deliberate and meaningful.

In the end, is Iketani the greatest ambassador for the Nissan S13? If he’s not the best, then we have to at least acknowledge him as one of the best.

His down-to-earth background, friendly demeanor and well-meaning persona mean that those of us who have watched and remember Initial D will think of this car with positive, even nostalgic feelings.

Iketani’s S13 is a symbol of stoicism and steadfastness. He takes unfair punishment from dishonorable fiends, who perhaps see the only way to defeat the S13 and Iketani is by playing dirty.

This reminds us that the Nissan Silvia S13 is a dependable steed; always there for you and working with you to experience the best of drifting. If you drive the S13 as it was intended, you will get the right results.

We certainly remember Iketani and his role in the Initial D saga, and offer him our most heartfelt salute.

If you enjoyed this article then you should check out Drifted’s excellent Cars Of Initial D article.

Thanks to the following sources for their images: gamemodding.com, Torque GT, animecharactersdatabase.com